The 2016 Presidential debates begin this month with Hillary Clinton and Donald Trump taking center stage. These debates will most likely be the most viewed in American history. All debates begin at 9pm ET and can be viewed on most network news channels. I often tell my students to watch them on YouTube so they can pause and review the video when necessary. Here is a FREE debate viewing activity for your secondary students to complete by watching the debates. 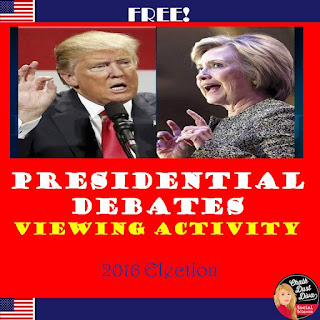