Let's Make a Movie -- The Story that Persuades 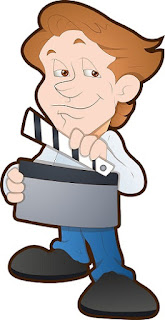 I always ended my Health class with a Unit in Human Growth and Development (Sex Ed). The culminating activity was a student created and produced movie using Apple’s Garage Band or Microsoft’s Movie Maker. Students had a choice of 7 Nightmare stories with 6 to 7 scenes. I titled the stories Nightmares for a reason; not only were they kids’ nightmares, but they are every parent’s nightmare as well. As the students wrote their script for the movie (a script is a story), I asked them to involve their parents in the process particularly for scene Two where they have to tell their parents their particular bad news. The parent can offer a perspective the student doesn’t have. The parent perspective revolves around future results and their consequences. It is an opportunity for them to have a conversation together. One of the best parts of this project, is this parent / student conversation. It is an opportunity for an important dialogue that is future oriented, and involves parent’s expressed hopes and dreams.   One of the things kids learn and experience in the story is when you hurt yourself you also hurt the people around you, particularly the people who love you the most.

The stories revolve around sexual choices, consequences and what the students have learned when they woke from their nightmare. (I have included a number of choices and scenes as an example. You could use the same concept revolving around how a person’s life changes when they conform to their peers example and get involved in using a drug / alcohol.). The point of this activity is:

This project doesn’t have to be a movie. It could be a script to a play or a fictional story. A great example is Ben’s Story (found in Health literature)— where a male teen has a girlfriend that becomes pregnant, how they handle the situation before, during and after the baby is born.